This video touches on one of the many stories that are part of the beef between JAY-Z & Big Pun / Fat Joe (Roc-A-Fella Vs. T*rror Squad). It's the first of many chapters that will be released as separate videos & will be included in the upcoming Beef Analysis, which will be around one and a half to two hours long. So, you can look forward to lots of more content surrounding the relationship between Big Pun & JAY-Z.

During the height of Hip Hop’s days of selling quasi-legal mixtapes in the streets, DJ Whoo Kid found himself on the wrong side of an industry beef. After a feud between the T*rror Squad and Roc-a-fella camps that allegedly began at Club Carbon, a few overt and subliminal diss records were thrown back and forth. As was customary at the time, Whoo Kid put a Sauce Money diss track directed at Big Pun on one of his mixtapes.

“Pun calls me to meet him in Harlem, and here I am thinking I’m talking to the promoter,” Whoo Kid said during an interview with ThisIs50.com. “I get to Harlem to meet in front of the Apollo and get $1,000…I’m waiting and waiting. And I finally see a Benz with a Spanish guy in it.”

The Benz eventually led Whoo Kid to a housing project by tricking him into thinking he’d also meet Funkmaster Flex. But upon reaching the destination, Whoo Kid was led to a van that had Pun and some friends inside that were all armed. If Whoo Kid hadn’t made the connection between the meeting and the Sauce Money song, Pun was happy to explain.

“Pun said, ‘This record right here has the L. K. laughing at me,’” Whoo Kid explained. “That’s why you’re here. It’s not because I want to r*p your h*ad off, it’s because you got me looking crazy. And in the streets I’m respected by the Latin Kings.”

The mixtape featuring the diss song broke, and Whoo Kid managed to leave unharmed. But he said he learned a valuable lesson.

“What I’ve learned is that Big Pun was the real gangster out of the whole T*rror Squad sh*t,” Whoo Kid said. “There’s a reason why their name was T*rror Squad. Pun really went out there and did the sh*t…after they met me, Pun ran up in Roc-a-fella’s offices and did his thing.”

During the late 90s, Big Pun and Jay-Z had aggressive competition going on, that resulted in a bottle getting cracked over one of their heads. Years later after Pun passed away and was never harmed in the situation, Fat Joe was at the middle of a beef between Nas and JAY-Z.

Cuban Link spent a good portion of his career as a member of Terror Squad with Fat Joe and Big Pun. No longer affiliated with TS, the Cuban performer recently recalled a heated situation between Jay-Z and Pun, explaining that tensions arose after Hov failed to perform at an event commissioned by their associates. 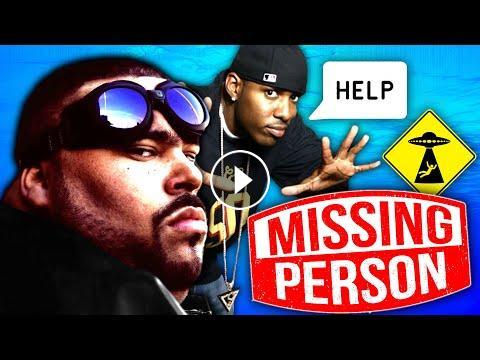