DMX, a rapper known as much for his troubles as his music, has died, his family announced in a statement. He was 50.
"We are deeply saddened to announce today that our loved one, DMX, birth name of Earl Simmons, passed away at 50-years-old at White Plains Hospital with his family by his side after being placed on life support for the past few days," family's statement read in part.
The artist had been hospitalized since last week when he suffered a heart attack at his home in New York, according to his longtime attorney, Murray Richman.
DMX (Dark Man X) began rapping in the early 1990s and released his debut album, "It's Dark and Hell Is Hot," in 1998.
With the deaths of fellow rappers The Notorious B.I.G. and Tupac Shakur before he burst on the scene, DMX became one of the reigning stars of hardcore hip hop and was the premier artist signed to the Ruffhouse Records label.
His single, "Ruff Ryders Anthem," helped to seal his critical and commercial success.

DMX has died. The rapper turned 50 in December. His death follows a heart attack he suffered, which was triggered by a drug overdose. Amid DMX’s hospitalization, a rep for his family told ET that he was in a medical state from which they do not think he will recover. On Monday, a vigil was held by the Ruff Ryders to the Rescue Foundation outside of DMX’s hospital. The ‘Party Up’ performer was nominated for three GRAMMY awards, and he won Favorite Rap/Hip-Hop Artist at the American Music Awards in 2000.

This video was recorded on April 9th, the day DMX passed. I get a little personal and explain what DMX meant to me & how he influenced my life.
I listened to him since I was a kid, here are some of my favorite DMX songs from back then: Party Up, What's My Name, Ruff Ryders Anthem, Right/Wrong, Damien, Get At Me Dog, Stop Being Greedy, X Gon Give It To Ya, Slippin, We Right Here, Lord Give Me A Sign etc.

You can go to my Top 50 DMX songs video for more: https://www.youtube.com/watch?v=NWqopyu-QqU 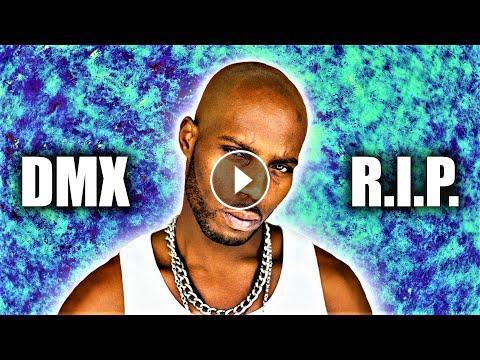 DMX, rapper and actor, dies at 50, Top 50 DMX Songs, DMX Tribute and Appreciation Video DMX, a rapper known as much for his troubles as his music, has...