This video touches on one of the many stories that are part of the beef between JAY-Z & Big Pun / Fat Joe (Roc-A-Fella Vs. T*rror Squad). It's the first of many chapters that will be released as separate videos & will be included in the upcoming Beef Analysis which will be around one and a half to two hours long. So, you can look forward to lots of more content surrounding the relationship between Big Pun & JAY-Z.

This incident was mentioned in the original version of Nas' JAY-Z Diss Track "Ether":

"Call yourself gangsta' but you were begging for pardon
That night in Carbon, when T*rror Squad flipped on your squadron
Tried to front on their checks
Till Pun put a g*n to your chest"

During the late 90s, Big Pun and Jay-Z had aggressive competition going on, that resulted in a bottle getting cracked over one of their heads. Years later after Pun passed away and was never harmed in the situation, Fat Joe was at the middle of a beef between Nas and JAY-Z.

Cuban Link spent a good portion of his career as a member of Terror Squad with Fat Joe and Big Pun. No longer affiliated with TS, the Cuban performer recently recalled a heated situation between Jay-Z and Pun, explaining that tensions arose after Hov failed to perform at an event commissioned by their associates.

“Actually, the Roc-A-Fella sh*t, it was a little brawl. It was some business negotiations that went sour,” he told ThisIs50 Radio. “Jay-Z was supposed to perform for 15 G’s or something like that, and it was like some street ni**as that we knew that hired him. He didn’t go and perform. He just showed up.”

The two camps met at a label to settle the discrepancy, but Hov brought along some children to make sure that no shots rang out. “All I remember was Jay-Z doing the Matrix in the room by the couch, and Pun chasing him,” he said. “Joe talking sh*t. The pressure was definitely put on. I love Jay.”

An altercation between Jay Z and Big Pun during which the T*rror Squad MC allegedly hit Hov with a bottle is now the stuff of hip-hop folklore. Talk about the storied brawl resurfaced with a recent interview with N.O.R.E. on Taxstone’s Tax Season podcast. When asked whether or not Pun actually hit Jay Z with the bottle, N.O.R.E. responded with “absolutely.”

“Don’t get it twisted,” he said. “Roc-A-Fella was hitting n***as in the head with bottles too. Them n***as was wilding! I was on that tour…and it was in Connecticut watching Flex [Fat Joe’s former manager] and Ty Ty [Tyran Smith] was arguing.”

But Big Pun’s widow, Liza Rios, begs to differ. In an interview with DoggieDiamonds, Rios denied that Pun ever hit Jay Z with a bottle. Detailing that an altercation did go down between Roc-A-Fella and T*rror Squad at a club, Rios clarified that Big Pun and Jay Z later made amends, “squashed any problems and it was all good.” As for the bottle, Rios is asking that the rumor be laid to rest. 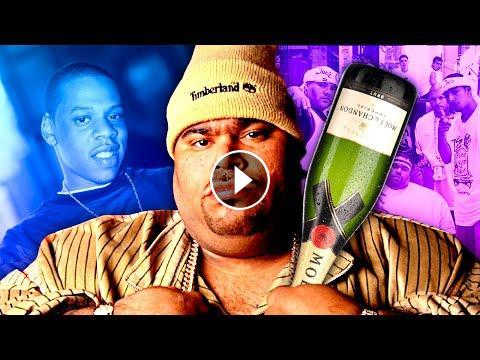 Big Pun Hit JAY-Z With A Bottle, Big Pun Chasing JAY-Z Around The Couch & JAY-Z Vs. Big Pun Beef This video touches on one of the many stories that ar...